Simplify Your Sleep
15% OFF AirSense 10 AutoSet C2C with Humidair

Relationships are hard. A constant progression of negotiation, communication and understanding, the last thing they need is a sleep apnea-compromised sex life. Unfortunately, sleep apnea is, in fact, a well-documented anti-aphrodisiac. A recent study published in The Journal of Sexual Medicine, for example, found that women suffering from sleep apnea reported a significant decrease in sexual activity and satisfaction.

Further, men are four times more likely to suffer from sleep apnea as women. And since it famously takes two to tango, that means a lot of less-than-blissfully-happy couples, couples that may not even be aware that sleep apnea and its associated fatigue, depleted hormone levels and psychological complications are at issue. This, too, means that same-sex couples of both genders, transgendered peope, as well as non-binary folks are also suffering with a stuggling sex life due to obstructive sleep apnea. We’ve said it before and we’ll say it again: sleep apnea doesn’t discriminate.

So, in the interest of love and romance, we list below sleep apnea’s least sexy, libido-lowering causes and effects.

Although the specific physiological causality between sleep disorders and ED has not yet been established, the evidence connecting the two is overwhelming.

A 2009 study, for example, determined that almost 70% of men with Obstructive Sleep Apnea (OSA) also suffered from ED, while a 2016 study found that participants with OSA were almost four times more likely to experience ED than those without. Scientists have known for decades that sleep disorders affect the adrenal system, very possibly lowering testosterone levels with predictable implications.

Insufficient blood flow is, of course, a major component of erectile dysfunction, so it’s no surprise that sleep apnea is associated with cardiovascular disease and accompanying reduced sexual performance.

According to a 2018 study published in the Journal of the American Heart Association, OSA is present in between 40% to 60% of patients with cardiovascular disease.  Long associated with a variety of medical conditions such as hypertension, stroke  and heart failure, OSA-induced cardiovascular disease very likely plays a role in impaired sexual function in men as well as women.

Unfortunately, and as usual, medical research in general and specifically into possible connections between sleep apnea and women’s sexual dysfunction leaves something to be desired (amirite, ladies?).

Nevertheless, and as noted, women do suffer from OSA and a corresponding dissatisfaction with sexual performance. Again, hormone deficiencies may be to blame. And while age-related lower estrogen levels are well documented, studies suggest sleep deprivation may be a contributing factor. If so, successfully treating women’s sleep apnea could alleviate resulting vaginal dryness and painful intercourse.

A 2017 study on sleep and medical disorders published by National Center for Biotechnology l Information, a division of the National Institutes of Health, found patients with Obstructive Sleep Apnea display several psychological and medical symptoms that negatively affect their quality of life.

According to the NCBI, subjects experiencing OSA “present sleep problems, anxiety and depressive” conditions, all of which have been associated with lower libido and reduced sexual activity and should be addressed by timely diagnosis and medical treatment, including CPAP equipment.

You don’t need a degree in medicine or a Ph.D. in psychology to know that fatigue and friendliness–let alone intimacy–rarely go together. Nor does anyone need to be reminded of the stresses of work, family–dear as they may be–and previously unimagined social and familial challenges from a worldwide pandemic place on personal relationships.

Medical conditions such as the above aside, OSA and resulting sleep deprivation can shorten attention spans, fuel impatience and impede communication. Cranky, in short, isn’t sexy, and even couples determined to maintain civility but suffering from OSA may simply be too tired at day’s end to initiate romance.

Unfortunately, we at cpapRX aren’t relationship counselors, and we can’t do much about your boss, your relatives or life’s daily random inconveniences. But our board-certified experts are (dare we say it?!) passionate about diagnosing and treating your sleep apnea. The WatchPAT ONE At-Home Sleep Apnea Test, for example, comes complete with medical professionals to guide you through sleep apnea screening, appropriate treatments and, of course, any indicated prescription procedure.

Contact us today and put the cpapRX team of experienced clinicians to work helping you and your partner keep love alive. 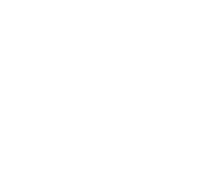